If one of your New Year’s resolutions was to become a first home owner this year, then you could be in luck!

With a series of favourable movements around world markets, the New Zealand economy is being picked to suit first home buyers. Find out why…

Reason #1: The value of Auckland properties is slowly deflating

Perhaps one of the best reasons to be positive about owning your first home in 2016 is seeing Auckland property prices finally slow down. During 2015, the rate of growth every three months rose from 5% to nearly 9% in the three months to November. However in December that three month growth slowed dramatically to 4.1%.

This was mainly because value of property across Auckland increased only by 0.16% from November to December. So Auckland sellers can no longer aim for the moon and will have to settle for more reasonable (and affordable) sale prices in 2016. Even outside Auckland, the picture seems to be improving with Hamilton seeing a drop from a three month high of 12% in November to 7% in December.

Banks across New Zealand seem to be headed for an interest rate war in 2016. Both BNZ and SBS have started going head-to-head, with SBS getting kiwis out of holiday mode with a "special" three year fixed term of 4.65 percent, the lowest on the market.

But not to be outdone, BNZ also joined in with its own interest rate of 4.49 percent. The bank also dropped its two year rate to 4.39 percent, thus leading the market in that category.

However, like most home loan specials, the deals come with their own caveats, namely at least 20 percent equity in the property and salary paid into a transaction account. Yet, if buyers are willing to go the extra mile on equity, they can find themselves with a sustainable mortgage rate, giving them the financial confidence to negotiate better when buying their first home.

Reason #3: Loan-to-value ratios are better than ever

However, this year the LVR speed limits have been relaxed outside Auckland, allowing banks to lend more money to people with deposits of less than 20%. This will certainly allow more first home buyers back into the market, and potentially encourage more people who were looking to upgrade, to stretch their mortgages further.

Within Auckland, first home buyers accounted for only 19% of purchases in March 2014, the low point after the introduction of the original LVR (loan-to-value ratio) restrictions in September 2013.

This is close on the heels of the previous peak (24%) before the LVR speed limits were introduced, and roughly the same as their average in prior years.

The pattern for first home buyers around the rest of the country is equally encouraging. After accounting for roughly 20% of purchases three years ago and dropping to 17% in February 2014, they have steadily become more active, increasing to 20% in June 2015 and up to 21% in November and December 2015. This upturn, though slow, is currently set to continue in 2016.

Reason #4: The market is no longer a constant scrum

In early 2015, it seemed every home seller’s favourite word was ‘auction’ and despite the location, each sale was packed to the rafters with foreign investors. But this is set to change in 2016. As part of a new government regulation, foreign buyers are now required to have a NZ bank account and an IRD number. This is to ensure that properties are being sold to homeowners and not just being landbanked by offshore investors.

The Chinese stock market was also hit by the worst volatility it has seen in years in 2015. It lost $3.5 trillion in wealth, more than the total value of India’s stockmarket. While the stock market did recover around September last year, the data for 2016 isn’t proving favourable either.

China’s stock market was closed on January 4th after the CSI 300 index of blue-chip stocks plummeted 7%, while on January 7th a tumble of similar proportions led to the shortest trading day in Chinese stock market history of just 14 minutes.

The state of China’s stock market means the government is clamping down on funds leaving the country. This will lead to fewer buyers with deep pockets on the property market in NZ for 2016. Buyers who could potentially upset the apple cart during home auctions by raising the price to unmatchable levels.

Reason #5: KiwiSaver comes to the rescue in a bigger way

Reason #6: Ride the wave while it lasts

While the picture is rosy at the moment for first home buyers, market analysts indicate they shouldn’t get complacent. The fundamental factors sitting under the Auckland market remain there. We have record low mortgage interest rates, record high migration and a shortage of houses. These are all things that still put upward pressure on prices.

Also, outside Auckland prices will see a steady upswing driven by local demand. In Wellington alone, October 2015 saw the rise in values and by the end of December the increases had reached just over 4% in three months. That’s the fastest rate of growth in Wellington since the previous market peak in 2007. Tauranga and Whangarei also kept on increasing at rates of 8% and 5% per quarter respectively.

As for the foreign market recession, this too could be short-lived. While the government regulations are meant to establish checks and balances, they aren’t there to stonewall foreign investment. This means given time, they will find a way to comply with the banking and IRD requirements, thus putting them right back in the property market.

If you are serious about making hay while the sun shines as a first home buyer, we recommend Home Straight Video Series, especially the episode from NZ Home Loans.

We wish you the very best of luck in your search for your first home and we hope that guided by the right advice, you find success this year. Thanks for reporting a problem. We'll attach technical data about this session to help us figure out the issue. Which of these best describes the problem?

Any other details or context? 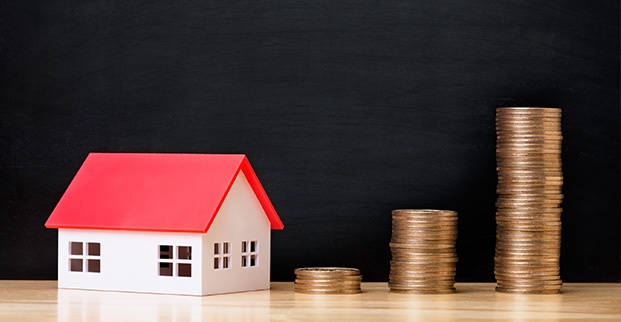