Its been a turbulent, unprecedented time in NZ and overseas with Covid -19 taking all the headlines and peoples’ collective attention. The Global spread of the virus (you can see daily updates here) has led to the strongest border restrictions in New Zealand we have ever had, and similar clampdowns on global travel are also being undertaken to varying degrees by other countries to halt the virus’ spread. Our Government has acted swiftly in an effort to prioritise our health, by placing the country in an effective lock-down as part of the Covid-19 Alert Level 4 which we will be living under for at least four weeks from Wednesday 25 March. All these measures are required to minimise the impact of the virus and protect our most vulnerable.

Although required and appropriate, these steps are having an impact on the New Zealand economy, and with it the New Zealand Property market. The Government is making these restrictive decisions while also providing financial support and intervention into the economy, and these decisions are evolving rapidly, when you look at the recent changes it is hard to believe they have been made in such a short period of time.

In an effort to balance the negative impacts on the economy from the Virus and restricted movement the Reserve Bank made an emergency cut to the Official Cash rate (OCR) of 75 basis points bringing it down to 0.25% and provided certainty that the rate will be that low for at least 12 months which has been passed on to mortgage rates. The Reserve Bank has also delayed the introduction of stricter capital requirements on banks which will mean they can make these funds available for lending as opposed to retaining them on their balance sheet.

In addition to the steps being made by the Reserve Bank, the Government has announced its subsidy packages for individuals and businesses. This involves subsidising wages for businesses during alert level four with a clear message from the Finance Minister that the economy will be better if we can keep people in employment without laying them off.

The Government has announced two new schemes to take some of the pressure off mortgage holders and provide access to credit for small-to-medium-sized businesses.

Banks have agreed to give mortgage holders whose incomes have been affected by COVID-19, a six-month payment holiday on both the interest and principal of their mortgages, noting any accrued interest or principal payments delayed will still have to be paid at some point in the future.

The scheme sees the the Government take a large portion of risk off banks in an attempt to encourage them to keep lending.

The loans will be for a maximum of three years and the scheme will include a limit of $500,000 per loan and will apply to firms with a turnover of between $250,000 and $80 million per annum.

"The Government cannot prevent a massive decline in economic activity, but it can limit the ongoing financial damage by preventing unnecessary insolvencies and debt defaults," he said.

The Government is attempting to take the economy into hibernation. Essentially no one will escape the impacts of Covid-19, with some industries in particular being hit hard such as Tourism, Hospitality and Entertainment. But for those not so severely affected the Government is hoping that, for a period of time they can use a combination of subsidised incomes, negotiated reduced rent and/or reduced mortgage payments along with reducing their general expenditure to get the country through the lock-down. Then as we emerge from the lock-down we will hopefully be in a position to wind up the economy back up.

So what is the likely impact of all these measure on the New Zealand Property market. One week into the lock-down it is essentially too early to tell. But we can review where we were a few weeks ago and use history as a guide.

Prior to Covid-19 having such a major impact on the economy, the property market was really starting to heat up. In February the average national property price was up compared to the previous year, and the shortage of homes for sale nationwide continued however there were signs vendors were starting to get active and we saw 13-year asking price highs in five regions.

In terms of who was buying homes, the biggest growth group has been Investors getting back the market for the previous three months, with first home buyers dropping off as prices have started to rise again: 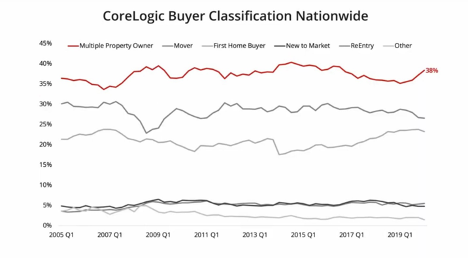 When we look at the most recent significant financial event, the GFC of 2008, and it’s impact on house price values we can see a drop in the first 12 months and then a “bounce back” after 2 years. 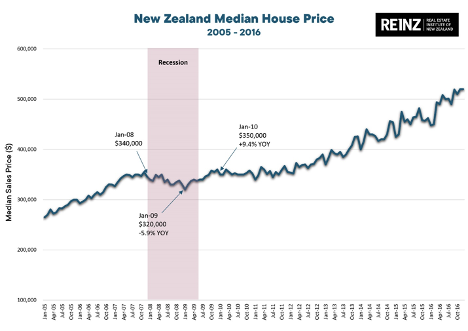 The impact of Covid-19 is being called as being worse than the GFC by many economists, and the impact on the housing market is being predicted as a 5% - 10% drop in prices in the first year, but again this is high speculation as when we look at other property markets that have gone through pandemics, there has been a shorter time frame for the recovery.

Another positive factor with respect to recovery is the fact  that we are living in the Digital Age which means we have numerous tools available to prepare for when the alert levels do drop. Although general interest in property has dropped, when we manage to get the virus under control, which we will, peoples’ minds will return to the other areas that impact our lives and take our attention such as property. There will be a drop but the market will bounce back, it always does.

So as we head further into the lock down if you find your mind drifts back to some form of normality and you are thinking about property it could be a good time to upskill your knowledge. If you are fortunate enough to be less affected then you could use this time to find out more of the ins and outs of property management on our blog. If you are thinking of moving to your next home often the best place to start is to have a conversation with a local Real Estate agent. Our teams have vendors and buyers on their databases, and will be able to talk you through your options as we move forward. By using our own online valuation tool, accessing council databases, using pictures and video walk throughs they can get a pretty good idea of the value of your home and match it to people they know are still looking for their next property step. We know that the impacts of Coronavirus are going to be significant, but we also know that we will get through this, and if you need property services and advice your local Professionals team is here to help.